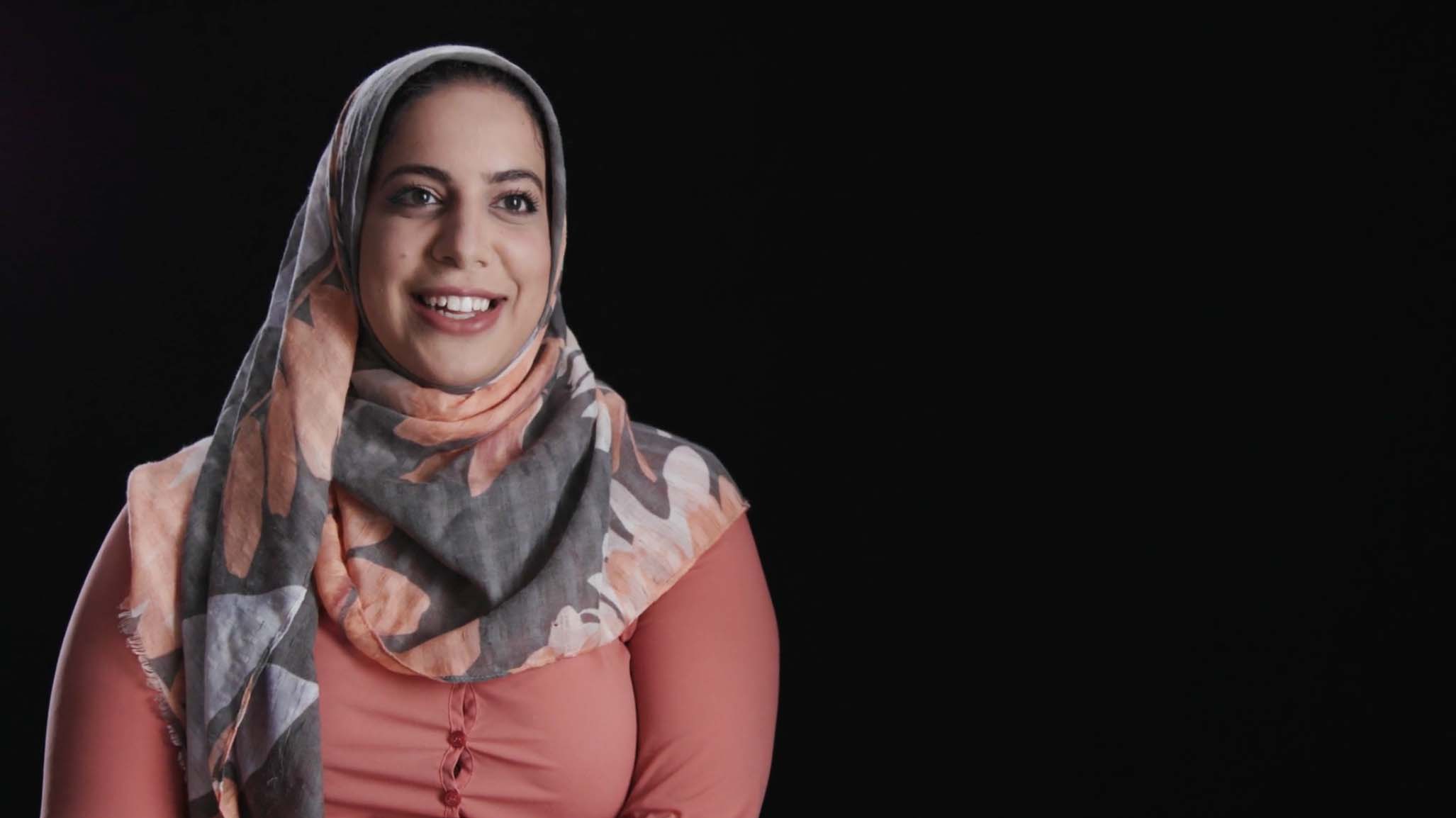 We recently spoke with comedian Salma Hindy about season 3 of True Dating Stories which premiered on January 28 on CBC Gem in Canada, and will air on February 2 on Fuse in the U.S. Additionally, the True Dating Stories podcast launches Friday, Feburary 11. Salma’s dating story is one of eight new dating stories told by real people and re-enacted by performers filled with drama, romance and of course, comedy.

Salma’s strict father accompanies her on a blind date with a potential suitor he describes as “progressive.” But she soon learns that the opposite is true, and that her dad is lot more interested in her date than she is.

We asked Salma about getting into comedy, how she got invovled with True Dating Stories and what we can expect from the new season, and her episode in particular. Check out our conversation below!

When did you first fall in love with comedy?

Salma Hindy (SH): I’ve been in love with comedy since middle school, maybe grade 7? I just remember imitating my Islamic School teachers and making all my girlfriends roll on the floor holding their stomachs from laughter. That was when my love for entertainment and comedy started. It wasn’t until I got a lot older that I realized humour is a coping mechanism and a great way to let people’s guards down to trust you. Growing up in a very sheltered community, comedy helped me feel a lot more in control of my life than I actually was. And also being a visible minority my entire life, comedy helped me break down people’s stereotypes toward me and develop a much quicker rapport. That’s actually how my story in True Dating Stories came about. I felt very out of control of what was happening to me at the time and I needed to vent about it.

What can people expect from True Dating Stories?

SH: People can expect real raw stories told in a HILARIOUS way (seriously, the LaRue Entertainment team is so incredible – they have such a great eye and attention to detail). People can, from my episode in particular, expect a very nuanced (and EMPOWERING) representation of Muslim women that I haven’t seen shown on TV before. They can expect to learn AND laugh a lot.

How did you get involved with the series?

SH: I performed a “Comedy on the River” show with a Toronto producer named Dan Galea. The next day he reached out to me and asked me if I had any dating stories. I was like, DO I EVER?!?! I AM OVERFLOWING WITH THEM. He connected me with the LaRue team and they chose their favourite story and asked me to come into the studio literally the next day.

What’s the best thing about being a comedian in your view?

SH: The best thing is definitely attention. And also connecting with human beings by virtue of sharing your vulnerabilities and human experiences, which are way more universal than you’d know ’til you share! I love audience members coming up to me after shows and sharing their vulnerable experiences to try to bond with me. I learn so much and, also, how adorable is that?!

Outside of comedy, what are some of your interests?

SH: I truly have too many interests. Every day I want to quit my life and pursue all of them to the fullest extent. I love painting, singing, belly dancing, biking, running, cooking. I love love love therapy (I strongly identify with it being my religion). In the same vein, I’m obsessed with better understanding the human experience and reflecting on my life (overthinking) and meditating.