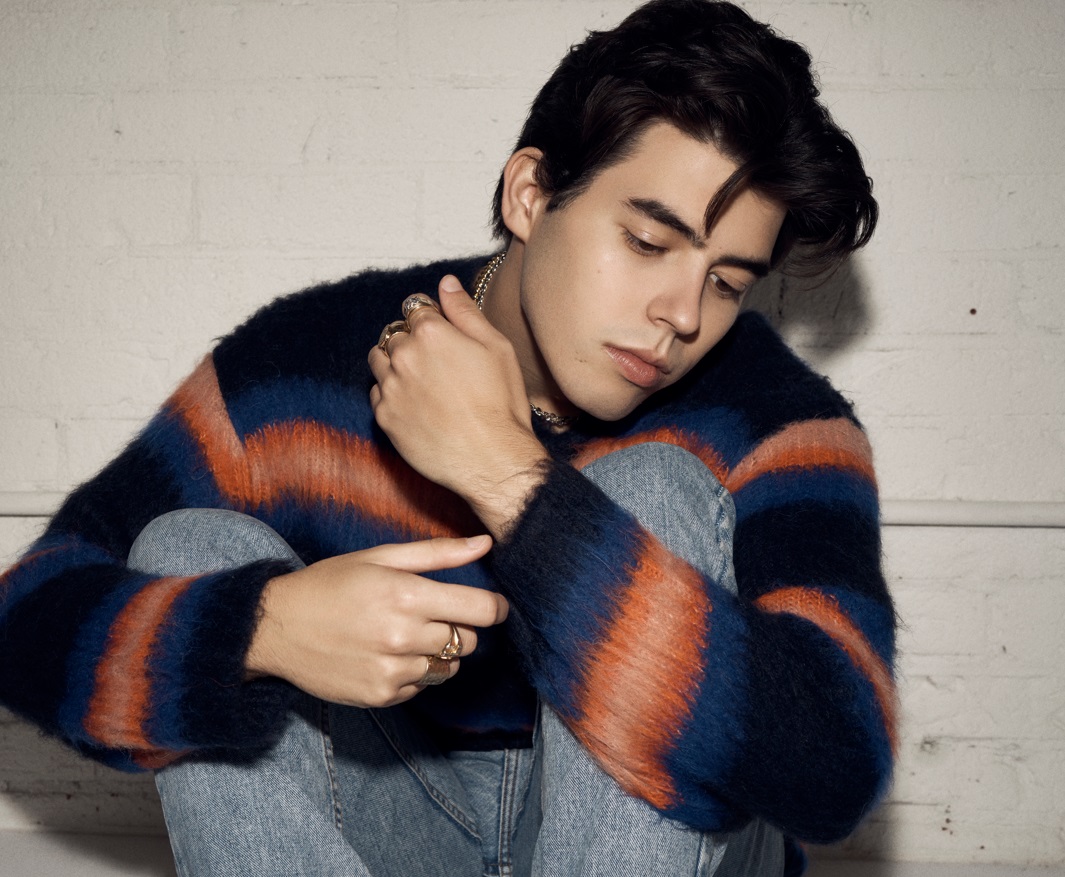 We caught up with actor, singer, and musician Braeden De La Garza about The Quest which is now streaming on Disney+. Check out our conversation below.

When did you decide that storytelling and acting was something you wanted to do?
I was about seven years old and was watching TV with my mom. I remember seeing another kid about my age on TV and thought that was the coolest thing ever! It blew my mind that someone my age was getting the chance to pretend to be someone else in front of the whole world. From that moment on I knew I wanted to act and have been working towards it ever since.

What can you tell us about The Quest?
It’s truly a show unlike anyone has ever seen. It is categorized as “Hybrid” television, but I personally think that “Improvised” television fits it a bit better. The blend of regular scripted television and improvised “reality” content is something that has never been utilized before! It follows a royal family in refuge from an evil Sorceress Tavora, who is on a path of destruction through the fictional world of Everealm. When all hope is lost, eight teenagers from the modern world are thrust inside this larger-than-life series to save Everealm.

What can you tell us about your role in The Quest?
I play Prince Emmett, a member of the royal family. Of my three siblings, I am the most introverted, but for good reason. I am methodical in my approach to everything and voice my opinions only when it matters. Though soft-spoken, I am forced to expand my boundaries and take risks in the hope that somehow, we can defeat Tavora.

What’s it like to be part of the Disney family with your leading role in The Quest on Disney Plus?
It’s been brilliant. Growing up in a world of Disney entertainment makes this experience even more important to me, as I can now say I am a part of a family that has brought so much joy to so many people over the years.

What advice would you give to people pursuing acting?
Stay the course. This industry is unrelenting, and you will feel frustrated often, but the ones who are fulfilled by this industry in the end are the ones who outlasted the others, not out booked.

What do you enjoy the most about acting?
The freedom of it. Rarely is there a job where you are given a loose set of parameters and then just trusted to do your job wholeheartedly by the people who hired you. I get to create a character within myself. I get to experience the world of the character myself. Also, I get to perform what feels best to me. It’s like someone gave me a key to a different universe and you’re paid to run wild in it.

When people watch The Quest, what are you hoping they get out of it?
I hope they walk away with higher expectations for the content they consume. I want this show to set a bar for how innovate television can be, and I am confident it will have a strong case!