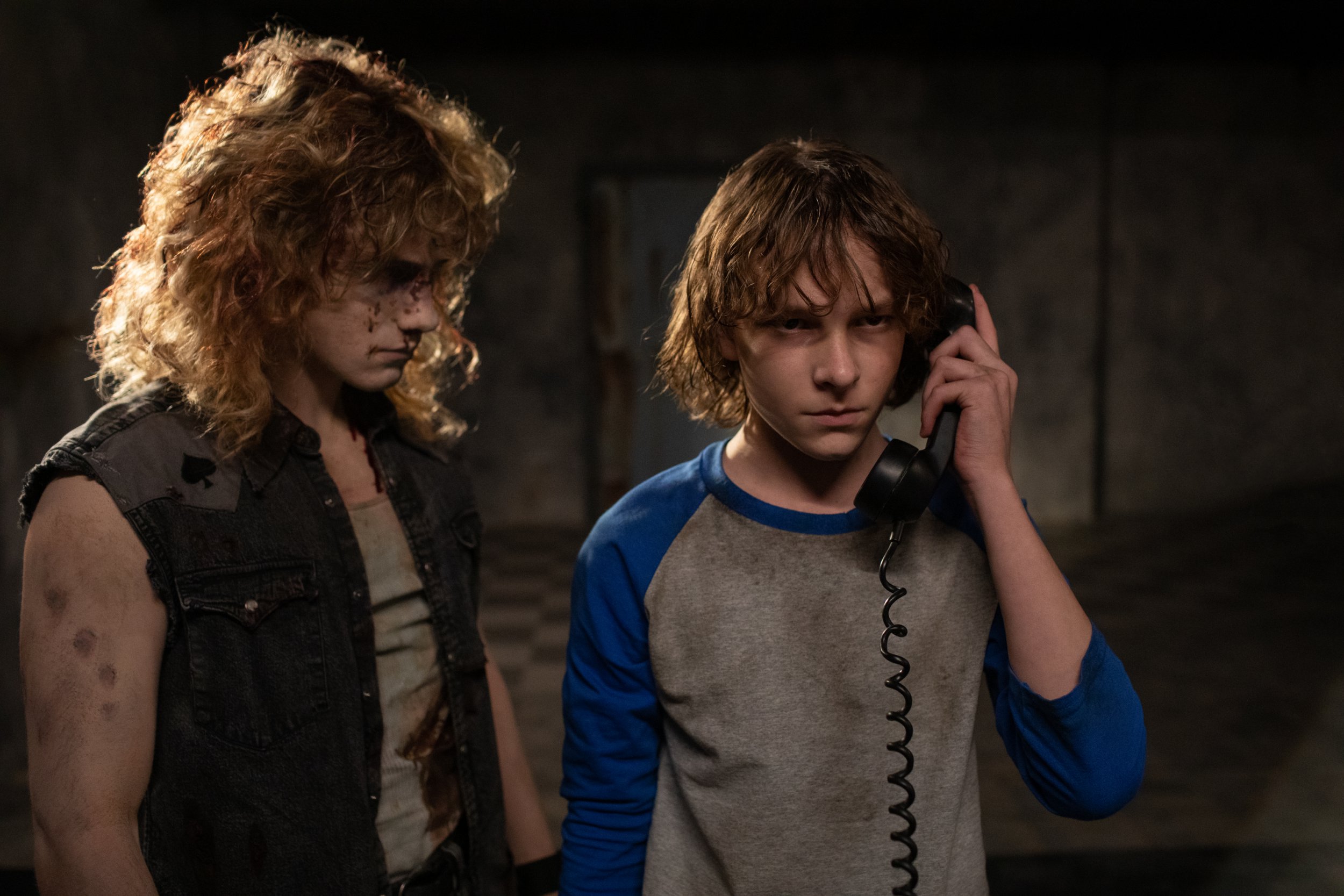 Directed by Scott Derrickson (Sinister, Deliver Us from Evil), The Black Phone takes place in 1978 and follows 13-year old Finney Shaw (Thames) who is abducted by a serial killer known as “The Grabber” (Hawke) and is trapped in a soundproof basement. When a disconnected black phone begins to ring, Finney hears the voices of the killer’s past victims, some whom he knew, and they try to help him escapce the deadly fate they were faced with.

Brady plays one of The Grabber’s past victims, Vance Hopper, who was once known as the tough guy at school. As he tells us in our interview, The Black Phone is Brady’s first movie to come out and he was nervous and excited for it to finally be released. We asked him about preparing to play Vance in terms of the make-up and body language. “My dad, he always introduced me to older music like 80s and 90s, so I was already very into rock and the metal genre, so when Scott [Derrickson] was talking to me and he goes ‘hey this is how your hair is going to look like, like Robert Plant’ I immediately knew who that was and I was like this is going to be fantastic,” he explains. He goes into further detail about the music he listened to in order to get in the frame of mind to play Vance.

Watch the full interview with Brady below!

Check out our other The Black Phone interviews with the cast here.