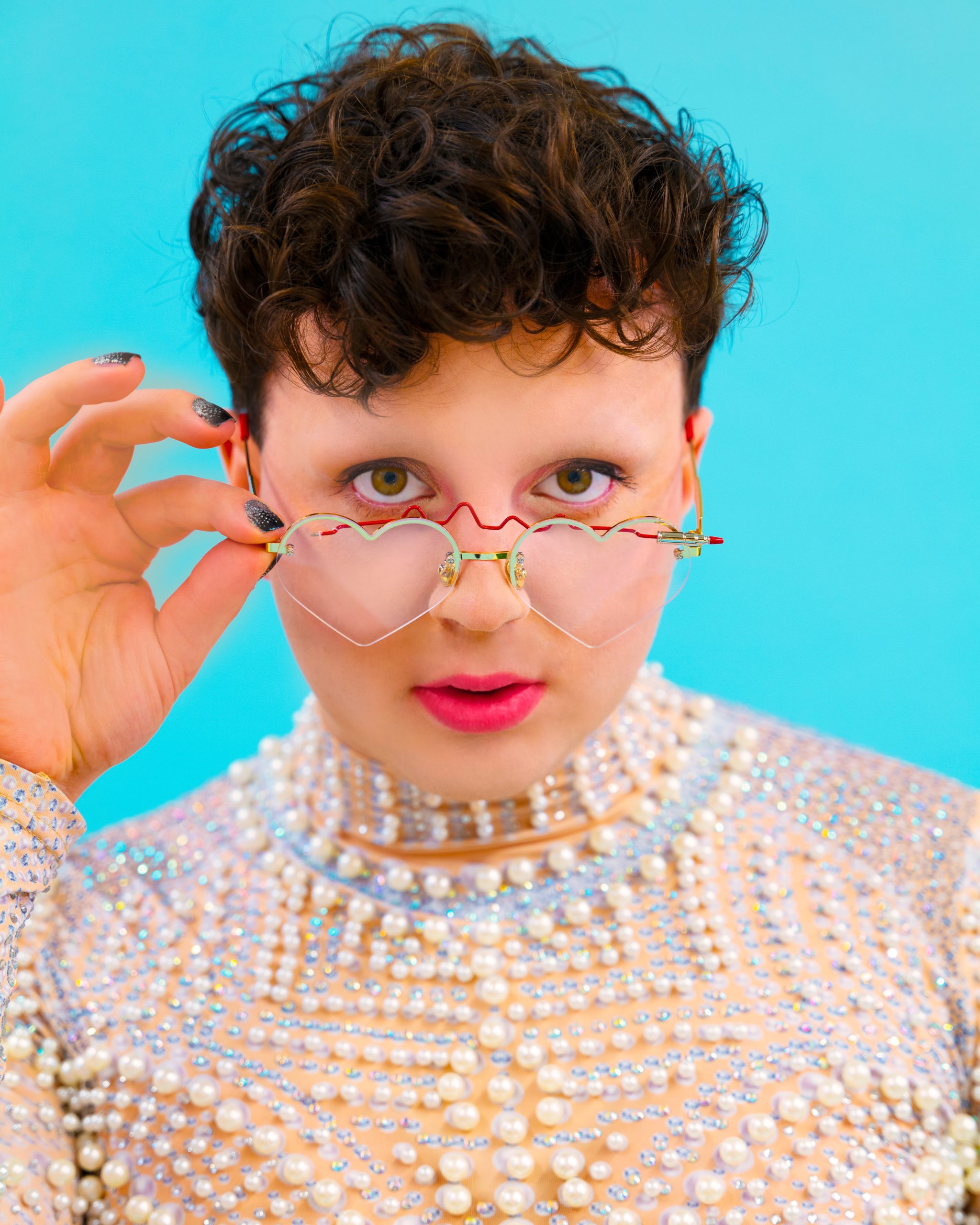 We chatted with genderfluid actor, drag performer, and theater director Betti about playing Travis in The Sex Lives of College Girls which premiered on HBO Max on November 18th, 2021.

Check out what Betti had to say below!

How excited are you for everyone to see your acting debut in The Sex Lives of College Girls?

I am beyond thrilled about making my debut as Travis in The Sex Lives Of College Girls. This is the type of show, cast, and crew that I could only have dreamed of booking as my first major appearance. I am mostly excited for my family to see me; they have supported me my whole life and given me the chance to seize any and all opportunities. It feels so wonderful to know that all of that support hasn’t gone to waste. I really want to make them proud.

When did you officially decide that storytelling was something you
wanted to do?

I wish I had a beautiful answer about some serendipitous moment in my life where “storytelling” made me feel more alive than anything ever had before. I unfortunately don’t have that answer but I do have an honest one. “Storytelling” became something I wanted to do because it was the first thing that anybody thought I was any good at. Growing up as an incredibly flamboyant child, I was often on the receiving end of much criticism over most of the things I tried to do. I was told I was being too “dramatic” when I gave a “stop” hand to my little league baseball coach when I didn’t want to hear him tell me how I messed up catching the ball. When I did my second grade play as a dancing cow however, that “dramatic” flair was welcomed and celebrated. To the surprise of no one, a little queer kid loves the sound of applause and validation; I craved it and pursuing a career in “storytelling” or “entertainment” seemed like the clear option to chase that high of validation.

What can you tell us about The Sex Lives Of College Girls?

The Sex Lives of College Girls is going to be about… well you see the title right? Just kidding, it’s about that and so much more. I really believe the story is more about how to form new friendships through the tumultuous time that is college. The four leading women (as well as all of us) go on journeys of self discovery and have to confront truths about themselves that they never knew about; or couldn’t acknowledge. It is also a deeply hysterical show and I do not think I’ve read a script with this many jokes crammed into one scene ever in my life.

I play Travis; he is the newly out of the closet floormate of our leading ladies. Just like everyone in the cast, Travis is trying to find out who he is and is often literally trying on different “queer personas” in quite the literal sense. He really likes to express which identity he is trying on for the day through his clothing. Sometimes Travis is a friend and confidant, other times he is a nuisance and a thorn in the side of the main four. Episode 7 will definitely be an episode to watch out for Travis in!

My performance doesn’t end when the cameras cut. I am also a drag performer, I got my start doing drag during the pandemic. I took to a large street corner in my parents neighborhood in Boston, and began hosting drag shows twice a month outside for anyone in the neighborhood to come watch! It was not only a way for me to continue expressing my artistry but also a way to bring some laughter and joy to the neighborhood during a very stressful time. Nowadays I mostly perform indoors. My upcoming show is the High School Dragsical at Jacque’s Cabaret in Boston December 10th and 11th.

I think every acting teacher I ever had encouraged me to get in touch with my vulnerability. It is sound advice; but I never wanted to hear it because for me, getting in touch with vulnerability meant really getting deep into my understanding of my own gender identity and expression. It wasn’t until the pandemic that I really took that advice and channelled it into my drag performances. Having drag as an outlet that felt safe for me to explore vulnerability really allowed me to bring it into my acting as well.