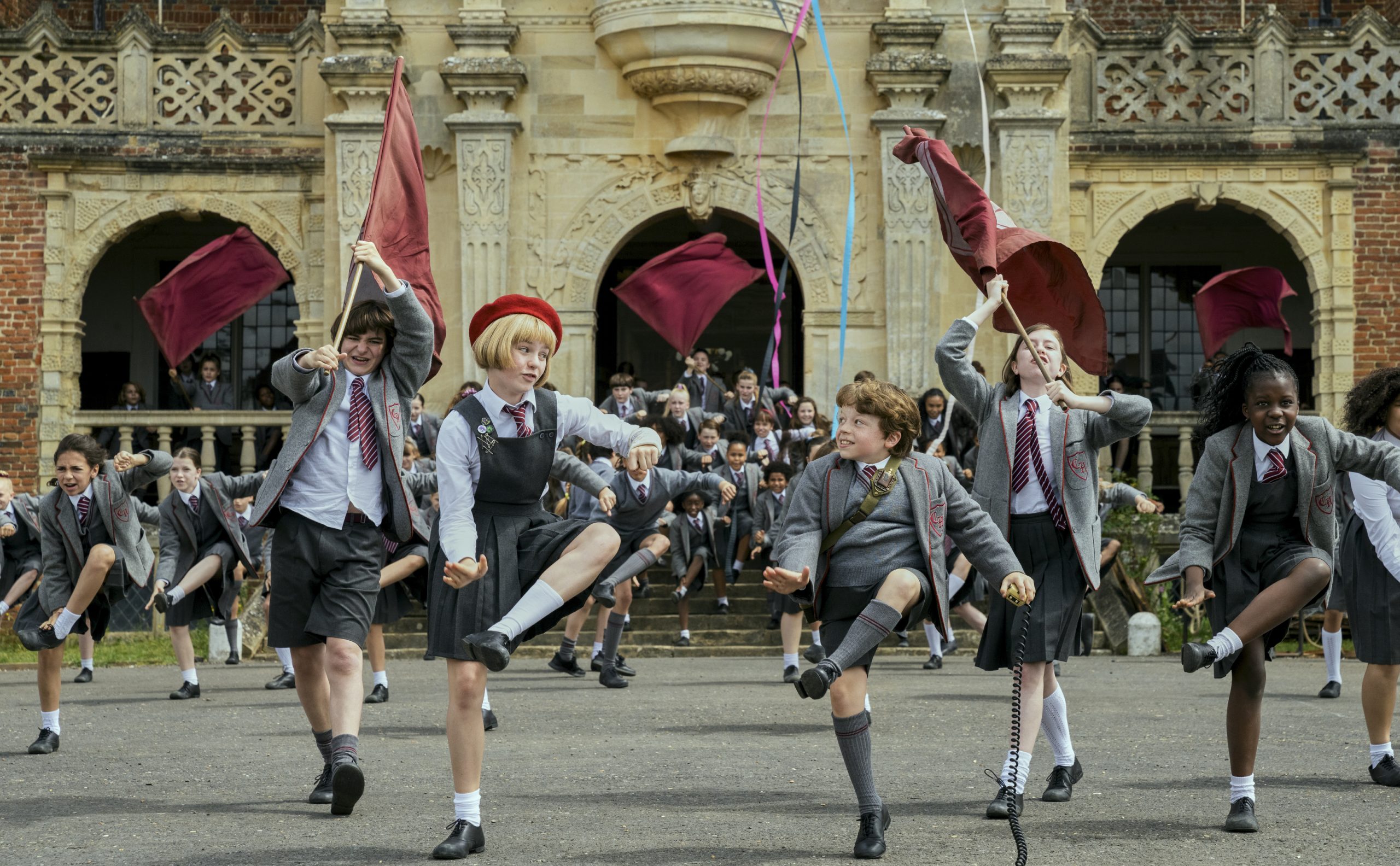 Photo by: Dan Smith/Netflix
We were joined on the Popternative show by Alisha Weir and Charlie Hodson-Prior who star in Roald Dahl’s Matilda the Musical which premiered on Netflix on December 25. This new take on the Tony and Olivier award-winning musical is directed by Tony Award-winning director Matthew Warchus (Matilda The Musical) and produced by Eric Fellner and Tim Bevan for Working Title, Jon Finn (Billy Elliot), and Luke Kelly of The Roald Dahl Story Company.

Roald Dahl’s Matilda the Musical is an inspirational musical tale of an extraordinary girl who discovers her superpower and summons the remarkable courage, against all odds, to help others change their stories, whilst also taking charge of her own destiny. Standing up for what’s right, she’s met with miraculous results.

In our interview, Alisha and Charlie tell us about balancing the music, dancing, and acting components and their audition experiences. Alisha discusses working with Emma Thompson and Lashana Lynch, and Charlie talks about Bruce’s famous cake scene as well as filming the “Revolting Children” scene which people online are referring to as iconic.

Roald Dahl’s Matilda the Musical is streaming on Netflix.