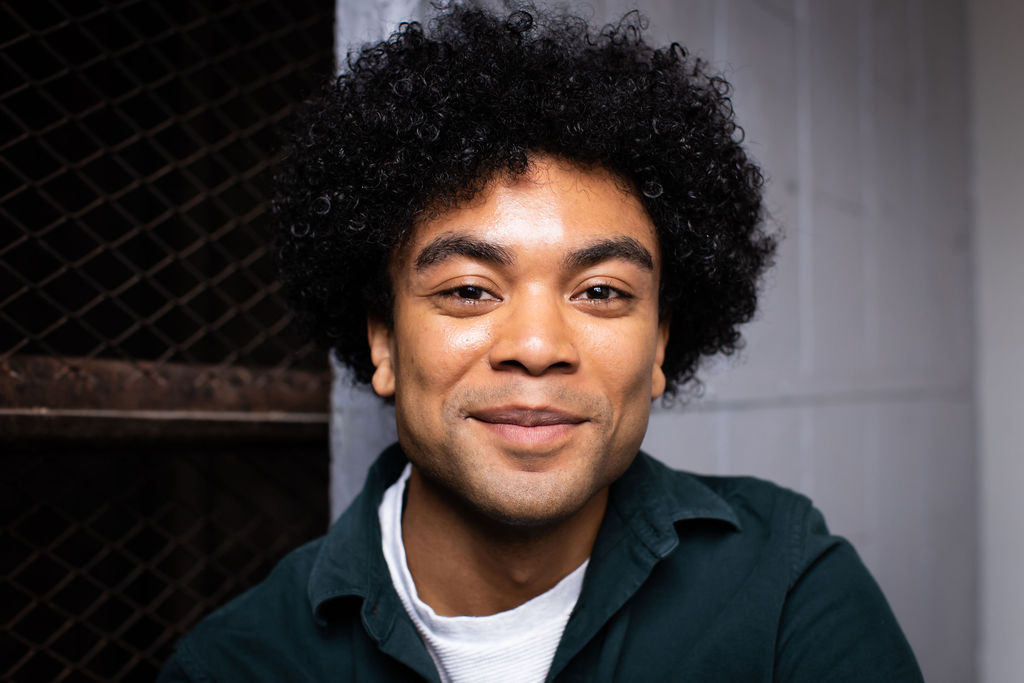 We recently had the chance to chat with Canadian actor Alexander Nunez about starring in the new series Moonshine dropping on CBC Gem to stream on September 14, 2021, and airing on CBC September 21, 2021.

CBC describes the series as:

Moonshine is a raucous one-hour dramedy that tells the story of the Finley-Cullens, a dysfunctional family of adult half-siblings battling to take control over the family business – a ramshackle summer resort on the South Shore of Nova Scotia, one septic tank away from bankruptcy and with a dark family secret at its core.

Here’s what Alexander Nunez had to say.

AN: I’ve loved acting for as long as I can remember! As a kid I was always re-enacting all the scenes and songs from my favourite movies. I don’t think I really felt I was good at it until I started performing in talent shows and musicals at school. My sixth-grade teacher insisted that I had enough talent to find some kind of success. I decided then that I’d make a living performing somehow. Of course, in high school I thought, “life would probably be a little simpler if I didn’t try to pursue one of the hardest careers to find success in…?” Thankfully I didn’t listen to my teen self! I… I think. Follow up with me in a few decades.

AN: If you could imagine yourself happy doing literally anything else, don’t do it. Harsh, I know. But it’s a hard industry and you need very tough skin. There’s also very little in your control, especially when you’re starting out. If you have tons of patience… If you can handle rejection well, and are dedicated to constantly honing your skills, you’ll do great.

What can you tell us about your character in Moonshine?

AN: I play Sammy Finley-Cullen on CBC and eOne’s Moonshine! He’s the youngest of the five Finley-Cullen siblings, adopted by the family when he was abandoned by guests as a baby. He’s the smartest of the bunch, with a very dry sense of humour. He’s also a bit of an enabler — Sammy’s keeping dangerous secrets about the Moonshine Lodge and Campground at the request of his mom, Bea (Corrine Koslo, Anne with an E). He also has an extremely sweet relationship with his nephew Finn (Calum MacDonald, Umbrella Academy).

When people watch Moonshine, what are you hoping they get out of it?

AN: I know they’ll get a TON! It’s an incredibly dramedy that centers on a family of lovable but broken people, and their plight to unite and save their home. That’s the heart of this show. I truly believe there’s a character for everyone to connect with. On top of that, the suspense is real. I’m in the thing and I’m at the edge of my seat at the end of every episode. Finally, we have, as our show runner Sheri Elwood likes to say, “sex, drugs, and lobster rolls!”.

What is the best advice someone has ever given you?

AN: Have quiet confidence, roaring humility, and overflowing kindness. And pay your damn taxes.