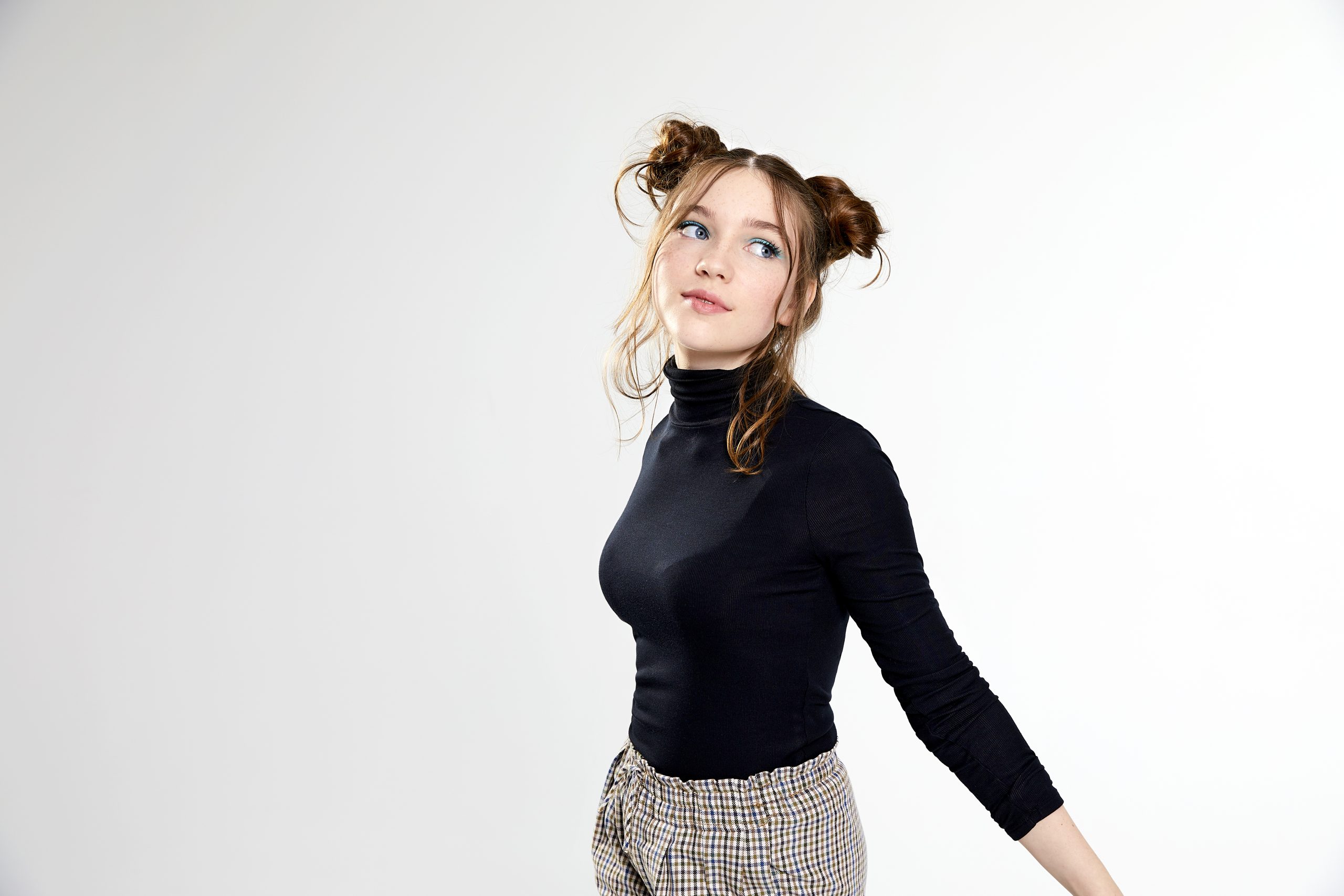 Image credit: Brandon Leger
We spoke with Alexa Swinton on the Popternative show who can be seen playing Rock in And Just Like That… which recently premiered on HBO Max. The series follows best friends, Carrie Bradshaw (Sarah Jessica Parker), Miranda Hobbes (Cynthia Nixon) and Charlotte York (Kristin Davis) as they transition from the friendship that they had in their 30s to a more complicated reality of life and friendship in their 50s in New York City. Swinton plays Charlotte’s 12-year-old child Rock, who comes out as nonbinary and uses the pronouns they/them. Swinton was also recently seen playing Maddox Cappa, in M. Night Shyamalan’s horror thriller Old (Universal Pictures) opposite Gael García Bernal and Alex Wolff.

In our interview, Swinton discusses being part of a series attached to such a large franchise like Sex and the City. She explains that she hasn’t watched any episodes or the films since she is just 12-years-old, but was aware of the franchise because of memes on Reddit: “There’s a lot of things like Carrie losing her shoes, a lot of Manolo Blahnik things that I’m definitely aware of, and a lot about their costumes […] I kind of knew that I was walking into a show that was filled with fashion and that was one of the things I really enjoyed about it when I first walked into it, because I love fashion.”

Swinton also goes into the audition process and landing the role: “I had no clue who the characters were, all I knew was that it was for And Just Like That… which I hadn’t processed was Sex and the City, they had released the names just not the characters […] we had the rap scene that was in episode 6 […] we had to do the rap and I had to do that on camera which was pretty embarrassing for me, I wasn’t so comfortable doing that, but I did have this little gesture I was doing for a while […] which I think actually got me that part […] I really sold the fact that I was doing a Tik Tok.”

Swinton then talks about working with M. Night Shyamalan on his recent horror film Old, and what it was like filming a horror flick on a secluded beach during the covid-19 pandemic.

You can watch the full interview with Alexa Swinton below.