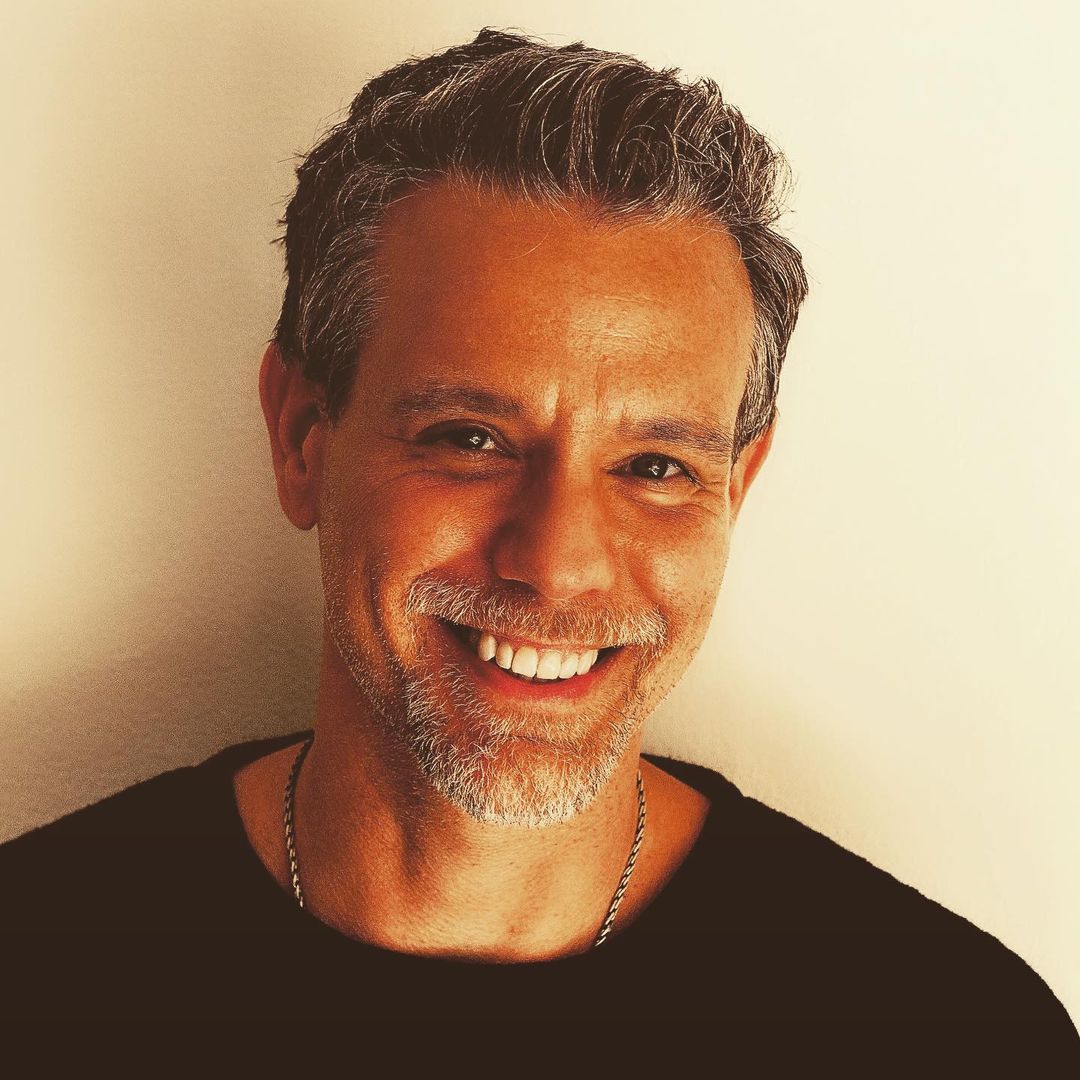 Image credit: @adampascal/Instagram
Adam Pascal is back at it again — saving us from the state we’re in. The 51-year-old Broadway star has kept himself busy singing his way through Disney+’s Hawkeye series, popping up in the star-studded Netflix musical Tick Tick Boom, and celebrating the rerelease of the auto-biographical indie drama Wild About Harry.

Pascal, who grew up playing in bands, opened up about the origins of his career and how he went from being in a band (no surprise to anybody who’s seen him in School of Rock) to acting on stage and screen. He told us, “I grew up playing in rock bands in New York City and Long Island. For the first 25 years of my life, for all of my life, even today, to this day, I always wanted to be Bono.” Pascal continued, “But I ended up, in my mid 20s, deviating into theater. It was my audition for RENT Off-Broadway. I was in the right place at the right time, in the right headspace, and I was just like, ‘sure I’ll try this.’ Here I am, all these years later [with] a career that basically that one show has spawned.”

In a conversation with Popternative, Pascal reflected on his career over the last 25 years and his recent projects.

The Rerelease of Wild About Harry

Teasing the re-release of Wild About Harry, which Pascal starred in alongside Josh Peck and Stacy Dash, the actor shared his anticipation for the movie to reach a wider audience. While the flick originally received a limited release in 2009, twelve years later it is finally gracing the on-demand screens. Opening up about the rerelease, Pascal shared, “I’m really proud of the movie, and I’m so grateful that it is finally getting the opportunity to be seen in any sort of wide-release-type way.” He continued, “It’s a great movie and I’m so happy to be talking about it all these years later. I never got to talk about it the first time.”

The actor’s love for his flick continued as he broke down the storyline. Summarizing it, Pascal told us, “It’s basically about a family on Cape Cod in the early 70s. It’s a father, a widowed father, and his two teenage daughters.” Shifting the focus to his character, he explained that the family moves into a house on Cape Cod along with their father’s business partner.

“Moving in with them is also the father’s business partner, this guy named Theodore Gibbs. The character that I play. He ends up moving in with them and it turns out that they are in love with each other, and they are lovers. And that causes a cascading effect once it’s found out,” the RENT star explained. “It’s sort of the love story of these two guys and they’re needing to keep it a secret, from even their own family.”

Popping Up In Hawkeye and Tick Tick Boom

Shifting focus to his other recent projects, we asked Pascal about his recent cameos in Hawkeye and Tick Tick Boom. He was enthused to discuss them, saying, “I’m often interested, you know, I find it amazing sometimes what people have seen that I’ve been in because some things I’ve been in a little tiny bit.” He continued, “Like this Hawkeye thing that I just did,” referring to his singing cameo as the lead soloist New Yorker in the fictional Rogers: The Musical. “You see me [for] like 30 seconds. I’m singing the song. It’s great.”

But that wasn’t the complete gist of his 2021, “This has been an interesting year for me and my career. I turned 50 last year and I basically that, in many ways, marks the 25 year point of my career.” Pascal continued, “Because it kind of started with RENT when I was 25. It was a monumental year in that way. I’ve been able to look back on my career and go ‘wow, I’ve actually done some stuff.’”

Speaking of the Broadway musical RENT, Pascal was invited to have a quick cameo in Tick Tick Boom, a musical that shares the same creator: Jonathan Larson. “It’s amazing. I’ve thought about it a lot, actually. It’s so much back in the consciousness of people. I could never have imagined a greater homage to Jonathan Larson than that movie.” Continuing to gush about the Netflix movie adaptation, directed by Hamilton’s Lin-Manuel Miranda, Pascal added, “I’m so honored that I was asked to be a part of that scene. It’s been a really interesting year. For me, a lot of a lot of things [came] out of the pandemic. For whatever reason, a lot of things have [happened] all at once.”

Watch our full interview with Adam Pascal below: