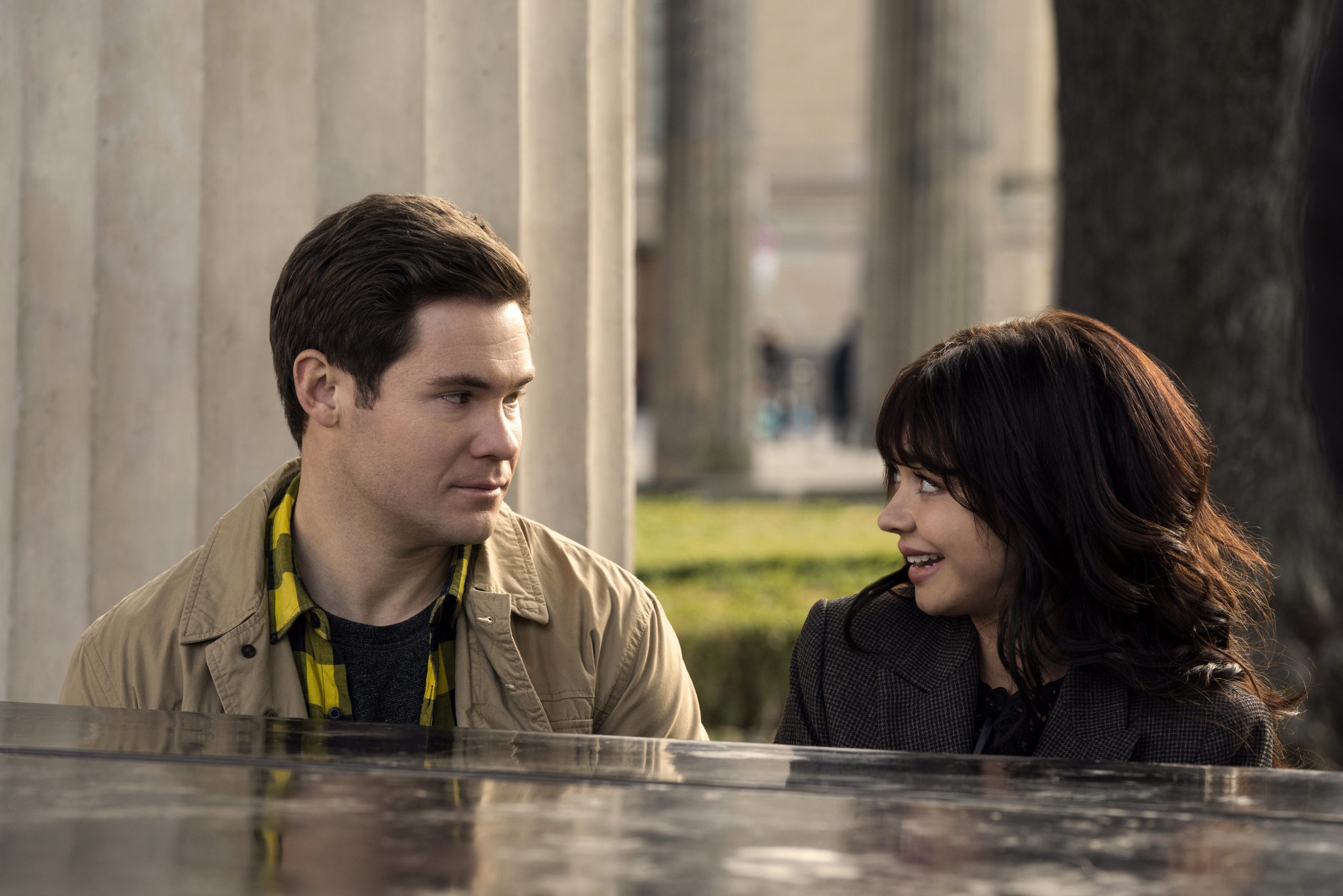 Photo by: Julia Terjung/Peacock
We were joined on the Popternative show by Adam Devine who reprises his role as Bumper from the popular Pitch Perfect films in a new spin-off series, Pitch Perfect: Bumper in Berlin. The series recently premiered with all six episodes on Peacock on November 23rd, with Adam also as executive producer along with Megan Amram, Elizabeth Banks and Max Handelman of Brownstone Productions, and Paul Brooks and Scott Neimeyer of Gold Circle Films.

The new musical comedy series also stars Sarah Hyland (Modern Family), Jameela Jamil (The Good Place), Lera Abova (Anna), and Flula Borg (Pitch Perfect 2). Several years after we last saw him in Pitch Perfect, Bumper Allen (Devine) moves to Germany to revive his music career when one of his songs becomes big in Berlin. Filmed in Germany, the series brings all the aspects we love from the original films as we follow Bumper’s quest to transition from a capella amateur into bona fide superstar.

In our interview, Adam tells us what it’s like to play Bumper once again but in a new context, and how people can relate to his character in this new series. He also talks about his initial thought process when the series was first pitched to him.

Pitch Perfect: Bumper in Berlin is streaming on Peacock.