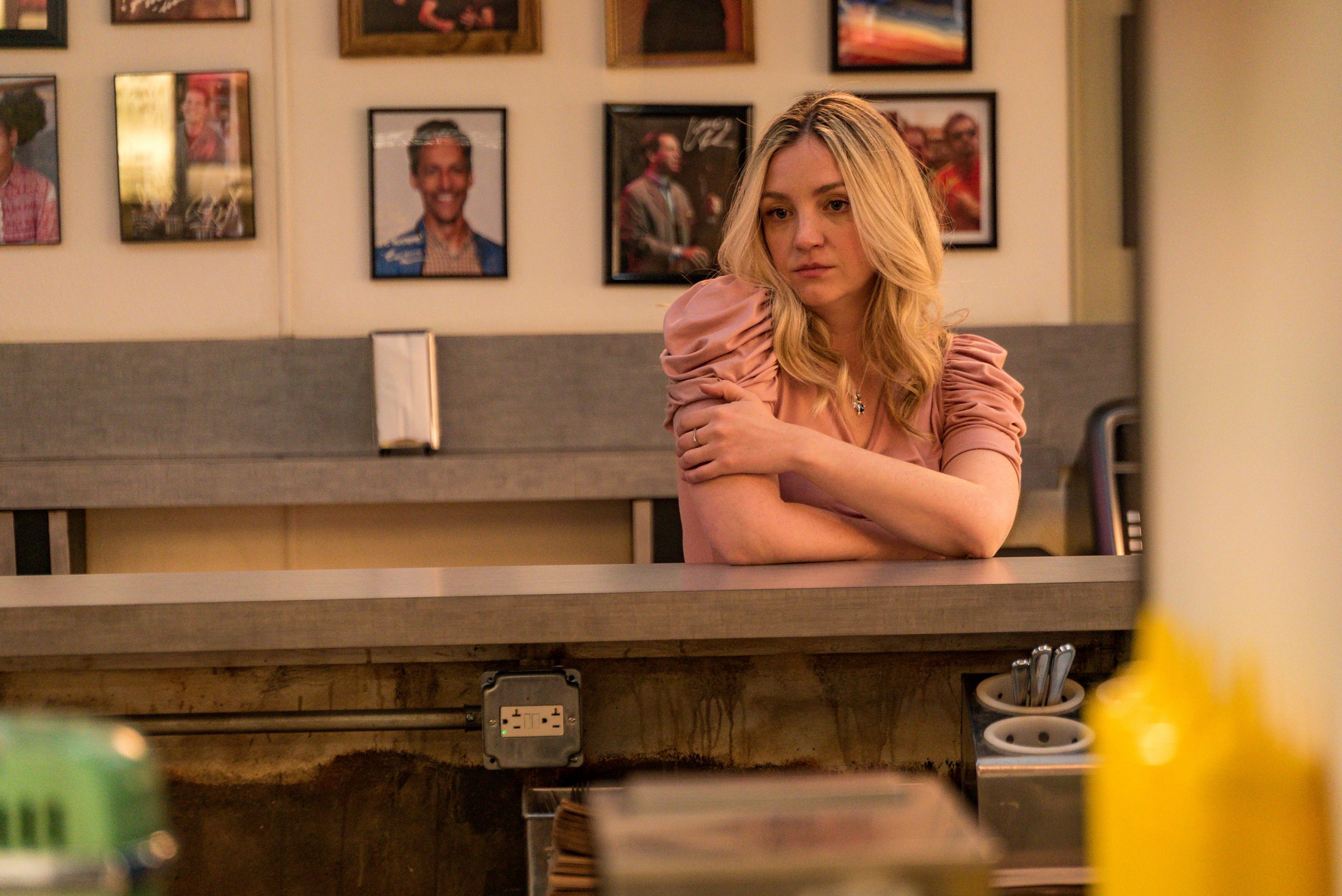 We were joined on the Popternative show by Abby Elliott who stars in the new FX original series The Bear which is now streaming on Hulu. The Bear follows Carmen “Carmy” Berzatto (Jeremy Allen White), a young chef from the fine dining world, who comes home to Chicago to run his family sandwich shop called The Original Beef of Chicagoland – after a heartbreaking death in his family. Carmy must balance the soul-crushing realities of small business ownership, his kitchen staff and his strained familial relationships, all while grappling with the impact of his brother’s recent suicide.

Categorized as a ‘dark comedy,’ The Bear also stars Ebon Moss-Bachrach, Ayo Edebiri, Lionel Boyce and Liza Colón-Zayas, with Edwin Lee Gibson and Matty Matheson. Abby plays Natalie, who also goes by ‘Sugar,’ Carmy’s older sister who is also struggling with the death of her brother, all while trying to get Carmy to reach out for help.

In our interview, Abby tells us about being part of a series that deals with very serious subject matter, but which also has hints of comedy within it. We also discuss her time on Saturday Night Live where she was a cast member from 2008-2012.

Watch the full interview with Abby Elliott below.

All 8 episodes of The Bear are now streaming on Hulu.