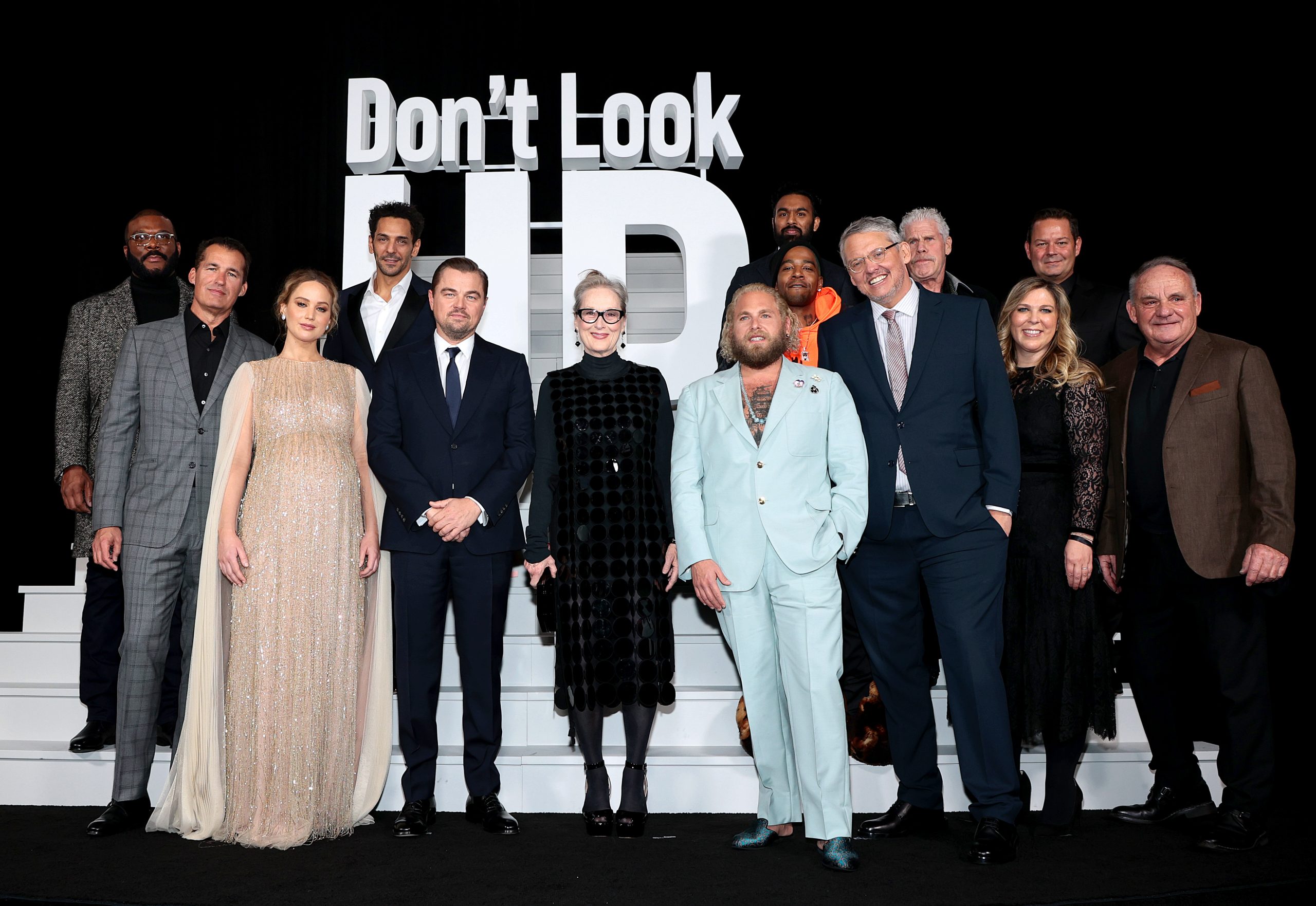 Leonardo DiCaprio began by summing up the film and discussing the timely subject matter, “You know, Adam created this film, which was about the climate crisis, but he created a sense of urgency with it by making it about a comet that’s going to hit Earth within six months’ time and how science has become politicized […] And then, of course, COVID hit and there was a whole new scientific argument going on there. And it was just such an important film to be a part of at this particular time.” Tyler Perry also echoed this sentiment, “What I find fascinating about this movie and him [Adam McKay] writing it, it seems so prophetic to see where we are right now with NASA sending a rocket to try and knock a comet off course.”

The panel also took specific questions from journalists and press, and Popternative’s question was the first one asked: What is the mindset going into a film that’s talking about such a serious, real life issue, through the lens of comedy? How do you pull that off? Adam McKay explained: ” I think we were talking about the idea we wanted to deal with, this subject, the climate crisis, which is so overwhelming and it’s arguably the greatest threat to life in the history of mankind. It can just be overwhelming. But if you’re able to laugh, that means you have some distance, and I actually think that’s really important. You can feel urgency and you can feel sadness and you can feel loss, while also having a sense of humor.” He also added, “I did think it was important that people be allowed to laugh and have some distance. It’s also a great unifier too. You can’t really fake laughter. It’s not a political thing.”

Don’t Look Up will be available to stream on Netflix as of December 24. For more on the film, check out www.netflix.com/dontlookup.