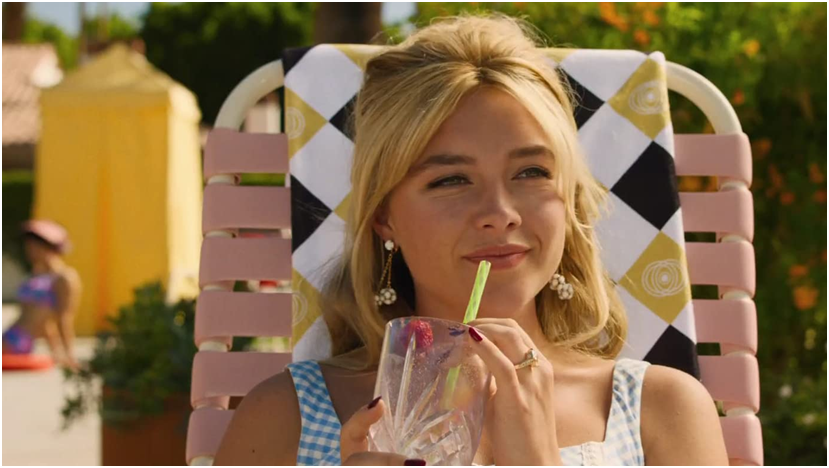 Photo by: Warner Bros
Happy birthday, Capricorns! No better sign is suited to end the year and start a new one in the zodiac than the Capricorn. In my bias opinion as a Virgo, I thought we had all the best people in our astrological sign, but I see why the goat is associated with Capricorns because of all the months I’ve been doing this feature post, I had the hardest time narrowing it down on which Capricorns to highlight. So, this month instead of the regular 10 projects to stream starring Capricorn actors, 12 will be listed.

As an Earth sign Capricorns are logical, grounded and are determined hardworking individuals. They are usually very organized and stick to short term attainable goals versus long term ones. On the other hand, some of Capricorns’ negative traits can overshadow their positive ones. They can be materialistic, pessimistic, stubborn, overly serious, and critical.

Capricorn season runs from December 22 through January 19 and many of your favorite celebrities fall in that time frame. Below are 12 movies or TV shows you can stream starring Capricorn actors.

It’s more than a lavish meal being served up in The Menu. Earning a Golden Globe nomination playing chef Slowik, Ralph Fiennes transforms into an intimidating expert of taste who has a particular menu prepared for his unsuspecting guest. Be prepared for a bittersweet ending. Should you stream this movie right now? Yes chef!

One of the best horror movies of 2022 starred Madeleine McGraw as a sister determined to do anything she could do to bring home her missing brother in The Black Phone. In a film filled with tense and scary moments, Madeleine brought much needed comedic relief when she had a talk with a higher power.

Timothée Chalamet is in the group of young Hollywood’s best. With a roster of great performances under his name including his most recent work as Lee in Luca Guadagnino’s Bones and All, it’s his role as Paul Atreides in Dune that has fans buzzing, especially with the sequel coming out later this year.

Close to working half a century in the industry, Sherly Lee Ralph is finally getting the recognition she deserves as a beloved talent in Hollywood. Playing Barbara Howard on ABC’s Abbott Elementary earned Sherly Lee Ralph her first Primetime Emmy award. She’s also up for a Golden Globe award this year and it’ll be hard to imagine her not talking that honor home.

It’s hard to be perfect, but Angourie Rice makes it look so easy in the Paramount+ original movie Honor Society. Playing the seriously devoted student Honor with a main goal of getting into Harvard, Angourie’s character will do anything to achieve her perfect life but realizes the beauty of life is in the flaws.

Playing a character once can be fulfilling for many actors but getting to revisit one over the span of 23 years is truly unique. Morris Chestnut got to experience that playing Lance Sullivan for the third time in the Peacock Original series The Best Man: The Final Chapters.

Miss Flo delivered yet another captivating performance in the Olivia Wilde directed Don’t Worry Darling. Putting all the press drama aside surrounding this film, Don’t Worry Darling tells an interesting story of what it looks like when men mindlessly listen to “guidance” from an alpha male and how Florence Pugh’s character Alice shut it all down.

D’Arcy Carden in A League of Their Own (Prime Video)
Birthday: January 4

In a remake of the 1992 film A League of Their Own, the TV series follows the All-American Girls Professional Baseball League and what the women in the league had to do to prove themselves in the industry. D’Arcy Carden plays the loveable, sarcastic Greta Gill, a baseball player in the series.

Struggling as a professional football player, Bobby Coleman played by Omari Hardwick is one leg out of the game. A freak accident leaves his daughter Callie (Marsai Martin) in complete control of his actions on the field in a new aged Freaky Friday concept in the Paramount+ Original Fantasy Football.

Many know Issa Rae as the “Awkward Black Girl” and creator of HBO’s Insecure, but Issa is a multifaceted actress who can transcend into any character given. Case in point, her role as podcast producer Eloise in Vengeance.

From pro wrestler to professional actor, Dave Bautista is shaping up to be one of Hollywood’s breakout stars. His role as Duke Cody in Glass Onion: A Knives Out Mystery is proving he has what it takes to stand out among a stellar ensemble cast.

Hunter Doohan played an interesting character as Tyler Galpin in the beloved Netflix series Wednesday. In a role giving Dr Jekyll and Mr. Hyde vibes, Doohan had us all fooled, but will his character come back to wreak more havoc in the second season of Wednesday?

Which Capricorn actors are your favorite?