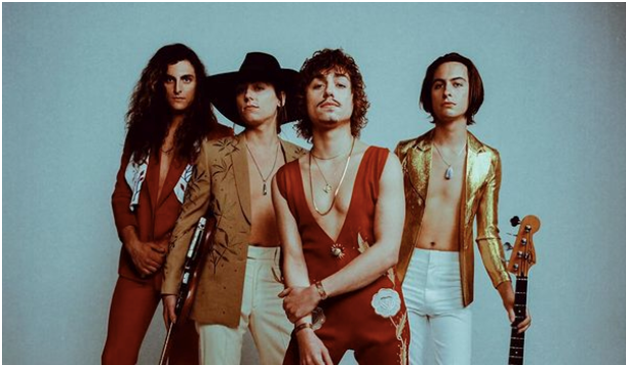 Image credit: gretavanfleet/@Instagram
Greta Van Fleet just released their newest album, The Battle at Garden’s Gate, so now’s the time to pull out the patio chairs and bask in the sun while giving it a listen. For some time, the band has been trying to shed their label as a group of Led Zeppelin imitators. Rather than discredit Greta Van Fleet’s undeniable talent, here at Popternative we want to dive into the album and share our thoughts on some songs we felt stood out.

The song opens with a chilling melody from lead singer Josh Kiszka. His range as a vocalist should be praised. The ability to pull listeners in with his soft tone, and then take us over the top with his masterful belting isn’t an easy task. The banging on the tom drums combined with a hint of swooping string instruments gives the song an epic feel. After a slow build up, the electric guitar makes a grand statement at the end with a shredding guitar solo, which acts as a nice payoff for the song’s progression.

“Built By Nations” is Greta Van Fleet’s war cry. The lyrics in the first verse grab’s the listeners attention, “When a man must walk the devil’s road, churning up the Earth below, he is bound to brothers built by nations with no pride to call his own.” These lines can be interpreted in different ways. One of them being a commentary on how war creates artificial bonds between “brothers” that are “built by nations”. Another interpretation of this verse could be how “brothers” have to put aside their “pride” to fight for a united cause. Either way, this brilliant wording is magnificent and feels like something I would have had to dissect and study in a university literature course. If you’re a fan of Greta Van Fleet and their previous work, this song has catchy guitar riffs and legendary drum fills. Josh Kiszka once again demonstrates his signature belting and his breath control.

Sonically, I find the album a compositional masterpiece with great musical arrangement. You can definitely hear how the band has evolved since their previous project. From a personal standpoint though, I liked it more when they sound like Led Zeppelin. Most of the songs on The Battle At Garden’s Gate sound the same, but that shouldn’t take away from the fact that they all sound great. The album only really has one true up-tempo song and it is their first single “My Way, Soon” that was released half a year ago.

My favourite rock band right now is Greta Van Fleet, but it is sad to say that I was thoroughly disappointed aside from a few tracks. To be fair, I am no rock music aficionado and at the time I’m writing this article, I’ve only given it a real listen once. I wouldn’t be surprised if it just needs some time and a couple more listens for it to settle in, which is the case with most albums. For fans of the band’s more heavy rock style, there’s this weird feeling of wanting more. However, like their previous projects, the lyricism is still spectacular. On a hot summer day, this album is still perfect to have on when outdoors.

What are your thoughts? Am I just being a hater? Let us know in the comments below. You can stream their album here.