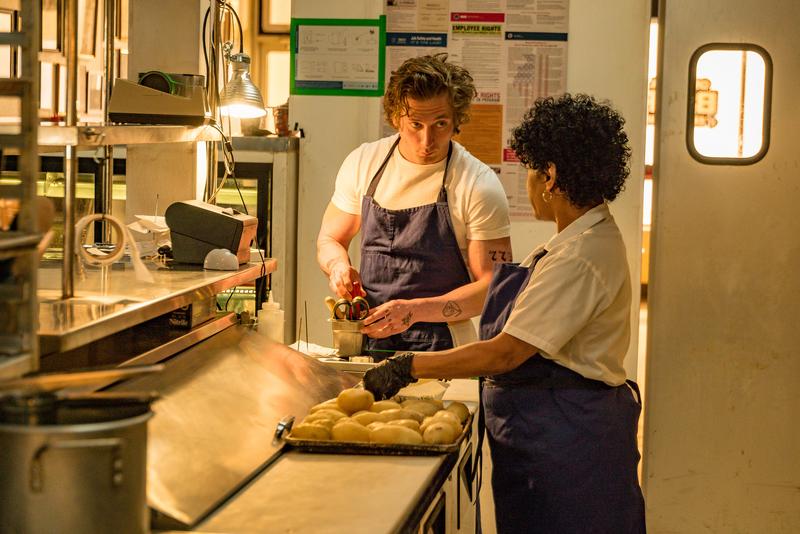 FX’s The Bear on Hulu took viewers on a culinary ride of tasty proportions. Viewers already want more and Hulu has officially renewed the series for season 2. While we wait, here’s a list of 8 restauraunt themed movies you should check out after going through The Bear withdrawal. You might get hungry!

Synopsis: “New Jersey, 1950s. Two brothers run an Italian restaurant. Business is not going well as a rival Italian restaurant is out-competing them. In a final effort to save the restaurant, the brothers plan to put on an evening of incredible food.”

Synopsis: “On the busiest night of the year at one of the hottest restaurants in London, charismatic and commanding head chef Andy Jones balances along a knife’s edge as multiple personal and professional crises threaten to destroy everything he’s worked for. A surprise visit from a health and safety inspector sets the staff on edge as the overbooked hot spot fills with guests.”

Synopsis: “Adam Jones is a chef who destroyed his career with drugs and diva behavior. He cleans up and returns to London, determined to redeem himself by spearheading a top restaurant that can gain three Michelin stars.”

Synopsis: “After a controlling owner pushes him too far, chef Carl Casper quits his position at a prestigious Los Angeles restaurant. As he tries to figure out what his next step should be, he finds himself in Miami. Carl joins forces with his ex-wife, best friend and son to launch a food-truck business, and the venture provides a chance to reignite his passion for cooking, as well as his zest for life and love.”

Synopsis: “One unlucky evening, Louis Cropa, a part-time bookmaker, discovers that his restaurant has become a hotbed of conflicting characters. In addition to having to please a whiny food critic, Louis must fend off a hostile takeover from a pair of gangsters, to whom his sous-chef is in debt. Further, Louis has an argument with his son, the star chef, whose culinary creativity has brought success to the business.”

Where to watch: Prime Video, Vudu

Synopsis: “An immigrant single mother disenfranchised by her regular life decides to take a chance working at a Japanese restaurant and realises her dreams to become a sushi chef to provide a better future to her family.”

Synopsis: “The Kadam family leaves India for France where they open a restaurant directly across the road from Madame Mallory’s Michelin-starred eatery.”

Synopsis: “Charts the lives and loves of three unforgettable waitresses in a little town called Mystic. For sexy Daisy Araujo, her sensible sister Kat and their wisecracking friend Jojo, the summer after high school is a summer they’ll never forget. Slinging pizza at a local restaurant, the three girls share their hopes, dreams and plans for escaping their small town.”

The Bear season 1 is now streaming on Hulu.

Check out our The Bear interview with Abby Elliott who plays Natalie, ‘Sugar’ here.