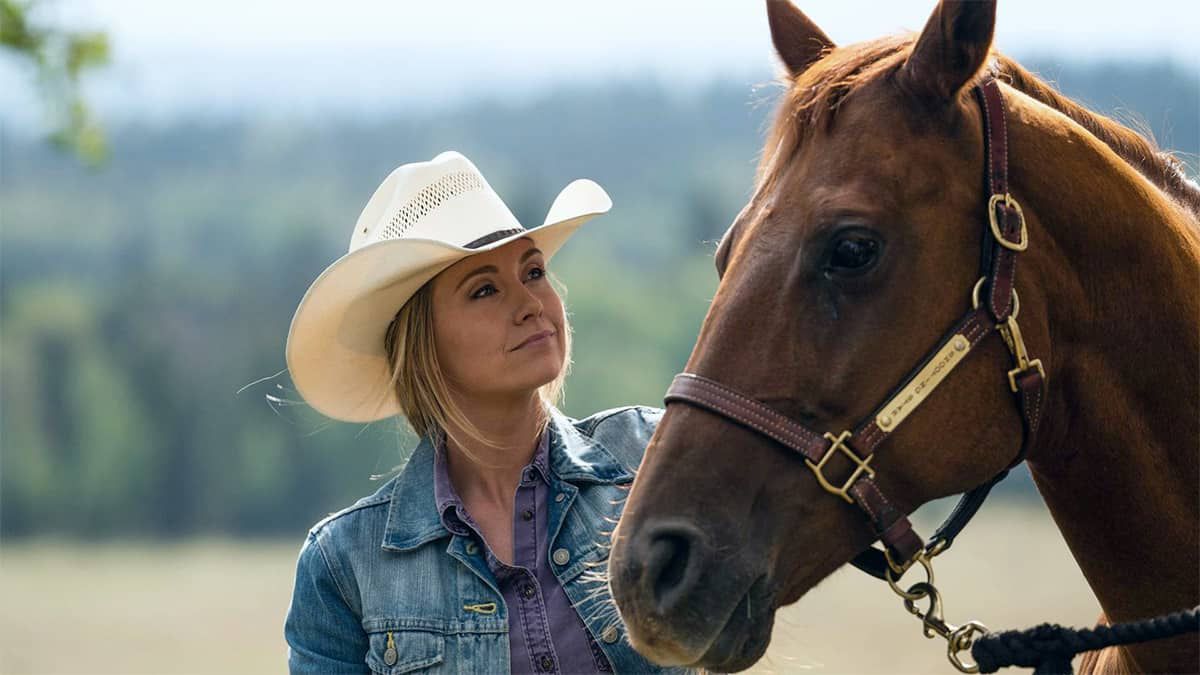 Heartland fans recently got the good news that the long-running hit series will be returning for a 16th season. CBC also confirmed the amount of episodes to expect: “An additional 15 new episodes will be added for the 16th season which is set to premiere this fall on CBC and CBC Gem.” If you’re all caught up with the latest season and are looking for content to watch before the new one arrives, we’ve put together 8 movies featuring the cast of Heartland. We’ve also previously put together a list of similar series to check out if you want even more content!

Synopsis: “When a country star’s wedding is delayed, he’s torn between the charms of his fiancée and a chance encounter.”

Synopsis: “A bickering couple learn a valuable lesson when a blizzard forces them to spend Christmas with a loving family.”

Who else is in it: Kayla Wallace, Alyssa Gervasi, Ish Morris, Kathryn Kohut, Amanda Jordan

Synopsis: “Emily’s booming butterfly business was delivering monarchs to a birthday party where she meets single dad, Garrett. With the help of Garrett and his daughter, Emily’s business will begins to take a flight.”

Where to watch: Hallmark

Synopsis: “Studying in Japan, Maiko, an American college student, risks her life to save the spirit of her dead mother.”

Synopsis: “An ex-dirty-cop hiding in witness protection is hunted by the partner he betrayed, an unhinged hired gun, and a jilted ex-lover, and they all want his ill-gotten fortune.”

Who else is in it: Eric Hicks, Nina Kiri, Andy Yu, Paula Barrett, Martin Roach

Synopsis: “Emma has waited to reunite with her best friend Tracey since she was in a serious accident. But Will, Tracey’s brother, won’t allow it, blaming her for the accident. When forced to work together, can Will and Emma learn to respect each other?”

Synopsis: “When a high school music teacher loses her program, her former students spring into action to save it.”

Where to watch: Hallmark, Prime Video

Synopsis: “After being busted for drug possession, a troubled teenager is forced by the cops to go undercover and risk his life to bring down a dangerous drug king pin.”

Where to watch: Mubi, Prime Video