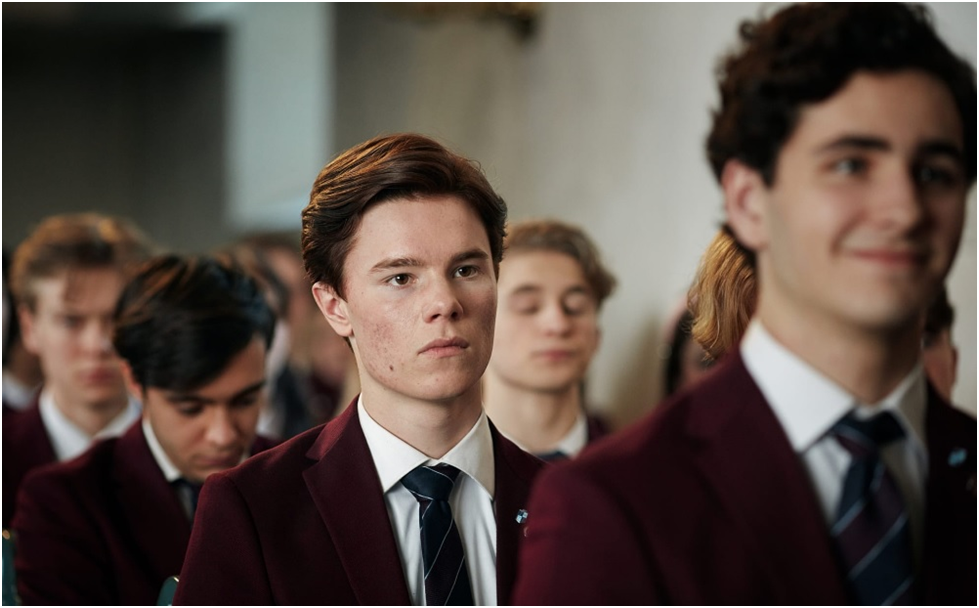 I can’t be the only one who dreamed about going to boarding school. Growing up and seeing it depicted on TV shows made it seem so cool and the experience of a lifetime. In pop culture, boarding schools have been a central theme in many teen shows that not only featured some of Hollywood’s best up and coming talent, but also introduced audiences to how those types of schools can be represented across the globe. Netflix’s Swedish series Young Royals is one of those programs.

You can stream both seasons 1 and 2 of Young Royals now on Netflix. If you enjoyed that series, here are 6 boarding school teen shows to watch after you finish Young Royals season 2.

Synopsis: “A coming-of-age story set against the backdrop of late 1980s counterculture, which follows a disillusioned teen recruited into a storied high school for assassins.”

Synopsis: “When three working-class teenagers begin attending an exclusive private school in Spain, the clash between them and the wealthy students leads to murder.”

Synopsis: “A live-action adaptation of Nickelodeon’s Winx Club (2004). It follows Bloom as she adjusts to life in the Otherworld, where she must learn to control her dangerous magical powers.”

Synopsis: “A new arrival at a boarding school falls in love with a beguiling female student.”

Synopsis: “In a world of privilege and glamour, two young women’s friendship transcends their strikingly different classes as they prepare to complete their education and enter royal vampire society.”

Where to watch: Peacock

Synopsis: “Zoey Brooks and her brother, Dustin, attend their first day at Pacific Coast Academy, a private boarding school that enrolls girls for the first time in its history.”

Where to watch: Netflix, NickHits, Paramount+