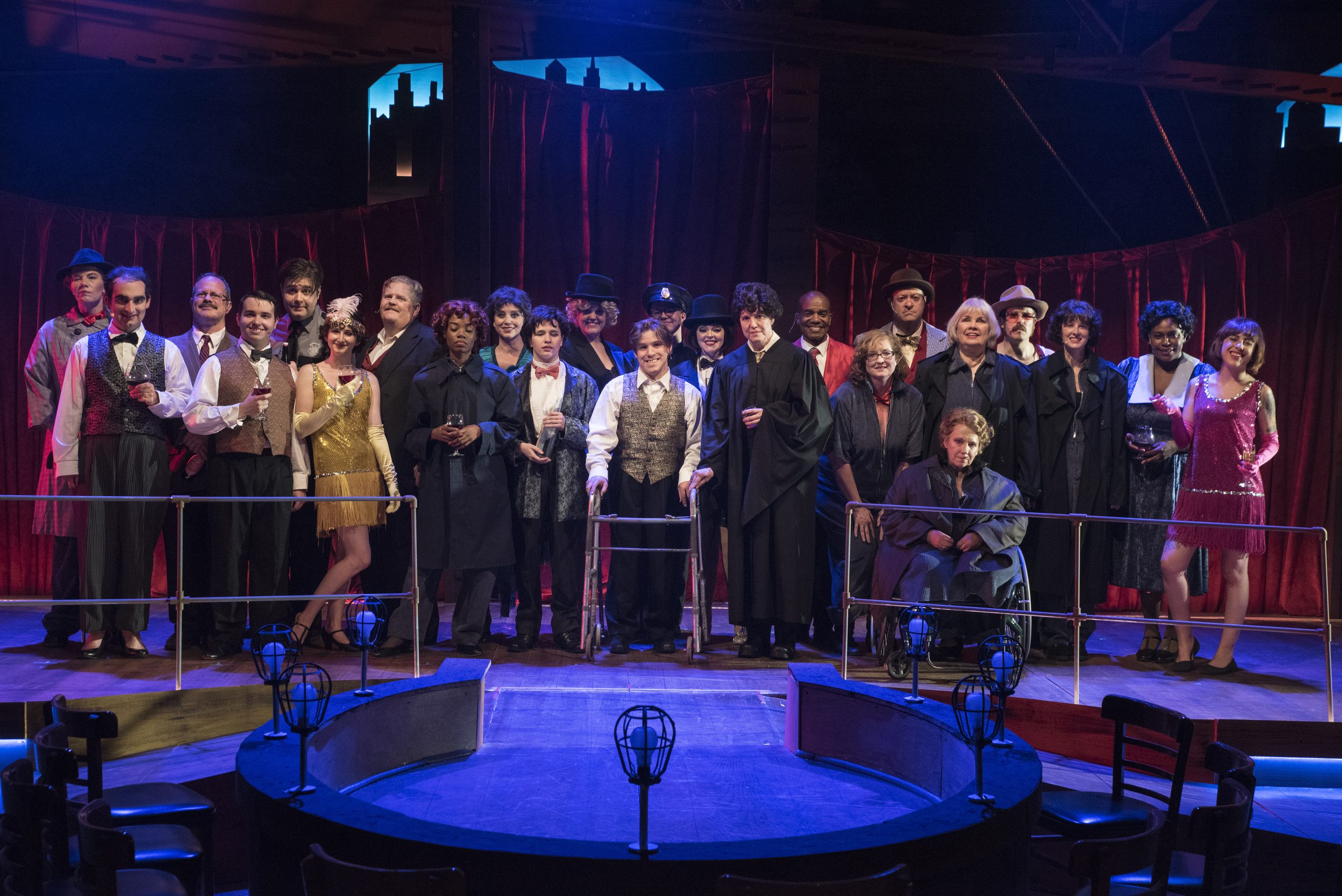 Popternative is thrilled to be covering this year’s Slamdance Film Festival, and we hope you get to check out all of the amazing films that are running virtually this year. The festival will be running from January 27th, 2022 to February 6th. An all-access virtual pass costs just $10 and includes accessible on-demand streaming for the duration of the festival. We sat down with co-directors Regan Linton and Brian Malone about their film Imperfect which is running at Slamdance this year under documentary features.

In the film, a professional company of actors with disabilities defy expectations by taking center stage in the musical Chicago. Capturing the raw, honest stories of the actors inside the production process and outside the theatre, the film reveals a rare behind-the-scenes look at talented artists who push to succeed as professional performers, no matter the obstacles. Check out our conversation with Regan and Brian below.

What can you tell us about your film?

Regan Linton: Imperfect is a rare, behind-the-scenes look at a one-of-a-kind theatre company of theatre artists with disabilities. We follow them through the process, onstage and offstage in their daily lives, and get a truly honest look at the passion and perseverance of these performers.

Brian Malone: Imperfect is an authentic story about the capacity of the creative people, when given the opportunity. So much of society overlooks people with disabilities, who have all of the same wants and desires in life as anyone else. This film illustrates  a group of very talented actors and their true creative ability on stage.

Regan Linton: Complex. While we knew we’d probably end up with interesting material – because these are interesting people – we had no idea how it would unfold. Even after we were done with principal filming, the story took quite a while to reveal itself. Brian and I spent months and months going through 80 hours of footage (during COVID lockdowns, too) and having very challenging but important conversations about how to best represent the stories of these folks in the most truthful and comprehensive way. Honestly, we could have filled 10 more documentary films with the stories we got, but sometimes you have to believe less is more.

Brian Malone: A lot of work and a lot of fun. It was very fulfilling as a filmmaker to witness the different stories of the ensemble cast all reveal themselves in front of the lens. It was a lot of running around, following the action as it happened; somewhat unpredictable, but also great fun.

How does it feel having your film run during Slamdance this year?

Regan Linton: It’s an incredible opportunity, and we’re thrilled to be in a community of other kickass filmmakers who have created really extraordinary cinematic projects without huge budgets or outside influence. Just pure indie filmmaking and good storytelling.

Brian Malone: It’s still a bit surreal. While it’s unfortunate that we can’t all be there in person, it’s still a honor to be selected and have this film recognized.

When people get to watch Imperfect, what are you hoping they get out of it?

Regan Linton: I hope they come away feeling like the people they see in the film are artists first, regardless of disability. Maybe they also realize some of their own biases while watching the film, and experience some measure of transformation of how they might look at folks with disabilities moving forward. Mostly, I hope they feel joy getting to spend time with these awesome subjects, and maybe feel more impassioned to do something in their own lives that they thought wasn’t possible.

Brian Malone: The film is a reflection of humanity at its most raw level. I’m hopeful people can find a piece of themselves in one of these characters as they watch.

What were some goals in mind when you started making this film?

Regan Linton: We were very conscious of wanting to present a different narrative of folks with disabilities than what is typically seen on screen. This started with ensuring that leadership on the film involved a co-director who herself lives with paralysis from a spinal cord injury in a car accident. We were really focused at every single step of making sure the story we were telling would present these artists telling their own stories in their own way, and would avoid common pitfalls and stigmas that often show up in films about people who have disabilities. We think we accomplished that, and that audiences discover a new energy in this film than what they’ve seen before.

Brian Malone: It was quite simple really. We saw a wonderful story waiting to be told. We wanted to make something truly fresh and give audience a new look at theater… at people with disabilities and the human condition itself.

Slamdance passholders will have access to Imperfect running through February 6.