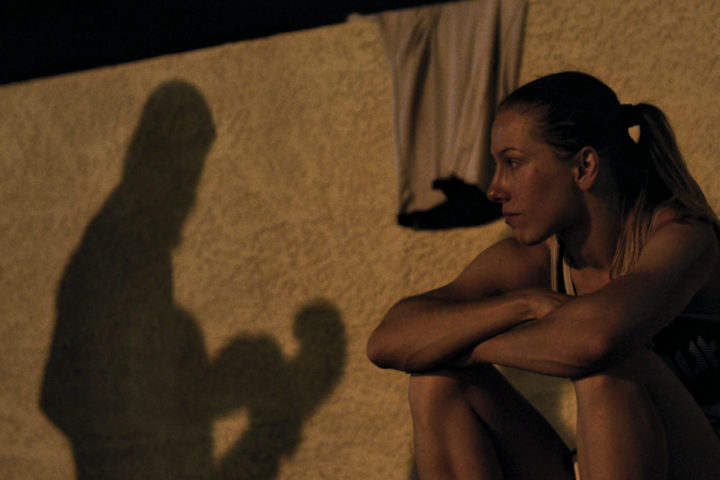 We had the pleasure of speaking with producer Adam Slesicki and director Krzysztof Kasior about their MMA documentary, Fury. The documentary is getting its North American premiere at this year’s 2022 Slamdance Film Festival. The festival will be running virtually from January 27th, 2022 to February 6th. An all-access virtual pass costs just $10 and includes accessible on-demand streaming for the duration of the festival.

Fury profiles Polish MMA champion Aleksandra Rola and shows the complicated backstory as she prepares for the World Championships in Las Vegas. Adam and Krzysztof share with us what it was like making this documentary, working with Aleksandra, and what they hope viewers get when they watch it. Check out our conversation with Adam and Krzysztor below!

How excited are you to have Fury run at this year’s Slamdance Film Festival?

Adam Slesicki: It is great to have the North American Premiere of Fury at Slamdance – the festival that supports independent filmmakers and promotes various, original points of view presented by the films here. Fury is the first feature-length documentary of the director Krzysztof Kasior. We were looking forward to coming to Park City, but unfortunately the pandemic ruined our hopes about participating live in this wonderful event. Nevertheless, we are extremely happy to be in the Slamdance competition of documentary films as the only film from not only Poland, but also Europe.

Krzysztof Kasior: We are really curious about the reception of the film by the American audience, as we think of our protagonist a little bit as a female Rocky Balboa – but in present times in Poland.

What can you tell us about your documentary?

Adam Slesicki: Our documentary Fury presents the story of a MMA fighter, a Polish champion, Aleksandra Rola. We followed her for almost 4 years with her personal ups and downs, sport victories and defeats. We focused on her private life, problems at home and a very complex relation with her coach Konrad BAMBI Plaza. So apart from dramatic fights and sport tension, we have a deep human story with a lot of personal emotions. This is also a film about a girl in a very masculine environment, fighting her way not only in the cage but in her life, coming of age and becoming independent. Not coming from a wealthy family, she also needed to take care of herself economically, and her passion, MMA, was a source of expenditures and not a source of income.

Krzysztof Kasior: The film has a very rough form, but because of it, it seems to me that we managed to capture a very intimate female portrait. Aleksandra, strong and inaccessible from the outside, slowly reveals her delicate nature to us, the audience.

Adam Slesicki: I will say generally: this is a little bit of a love story, a little bit of a personal drama and a story about difficult relations – with one of the most brutal sports in the background, in additiong to the MMA World Championship in Las Vegas.

What was it like working with Aleksandra Rola for this film?

Adam Slesicki: Alexandra was very open to the film crew. She allowed the director Krzysztof Kasior and the director of photography Mateusz Golis enter her profession, but most of all her personal, private life. While filming we had full access to her world. She shared her dreams and problems and let us focus on the most important things and present a really deep, intimate portrait of Alexandra.

Krzysztof Kasior: And her coach Konrad is a very important protagonist of the film – the tension and dramaturgy is very often based on their relations, discussions, even quarrels. He was also very open, but at the same time he had to remember not to let us interfere too much with Alexandra’s routine and not to distract her from the trainings and fights. So we had to become “invisible” from time to time.

When people watch Fury, what are you hoping they get out of it?

Adam Slesicki: We had a very warm reception during screenings, especially from women. During discussions, they kept saying they fully identified with Alexandra despite the fact they would never ever practice this sport! But men too were very moved by the story they saw.

Krzysztof Kasior: Some of the viewers didn’t believe it was a documentary. I hope our film will break some stereotypes about this sport, about the people practicing it and will show the viewers a reality they didn’t know before.

Adam Slesicki: But most of all, for me, this is a film about emotions and aspirations, both in sport and everyday life. In my opinion, the main message of the film is that you should always fight for yourself despite the circumstances, and always follow your dreams.

Slamdance passholders will have access to Fury starting from January 28 and running through February 6. There will be a live Q&A on Monday, January 31st at 12:00 PM PT / 3:00 PM ET.