Home / Digital Media / Netflix’s The Week Of Trailer is here 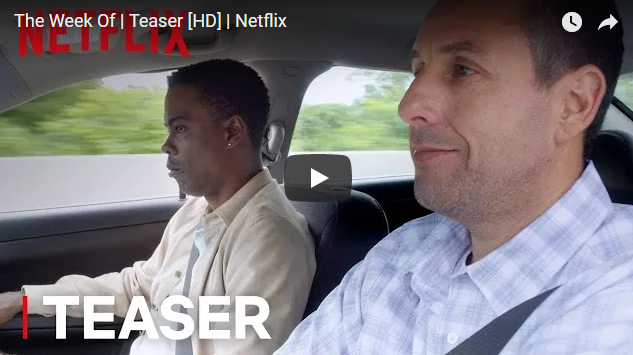 Netflix has released the first trailer for The Week Of starring Adam Sandler, Chris Rock, Rachel Dratch and Steve Buscemi. This will be the directorial debut for Robert Smigel who created the TV FUNHOUSE sketches on Saturday Night live, and most recently the mini-series Triumph’s Election Watch 2016.

Here’s the synopsis for The Week Of:

The comedy tells the story of two fathers who are polar opposites (Adam Sandler and Chris Rock) and the dysfunctional hilarity that ensues when their families come together to celebrate the wedding of their children. They are forced to spend the longest week of their lives together and the big day could not come soon enough.

The Week Of stars Adam Sandler, Chris Rock, Rachel Dratch and Steve Buscemi. The film is directed by Robert Smigel and co-written by Smigel and Adam Sandler. The comedy is produced by Happy Madison Productions with Adam Sandler and Allen Covert serving as producers and Barry Bernardi and Tim Herlihy serving as executive producers. The film will premiere globally on Netflix on April 27, 2018.

Check out the trailer for it: