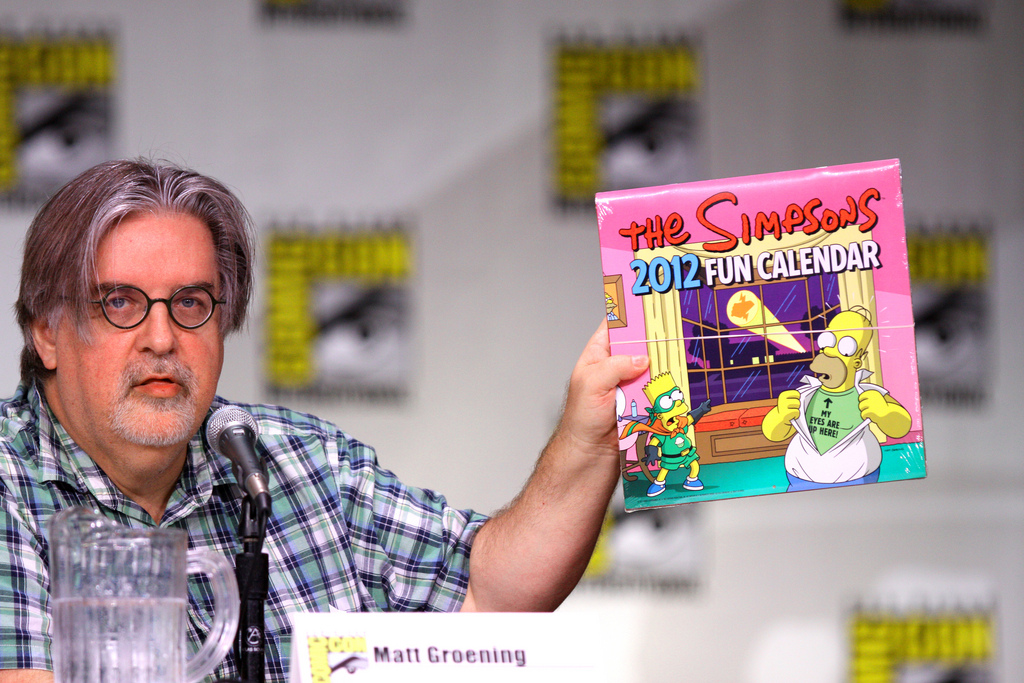 The Simpsons creator Matt Groening’s newest animated fantasy series Disenchantment will premiere on Netflix on August 17th, 2018. Netflix also shared pictures that give us a first look at the series.

Drink it in, peasants! @Disenchantment, the latest series from The Simpsons creator Matt Groening, premieres August 17 on Netflix. pic.twitter.com/INr3mDOzuB

The animation is being done by Rough Draft Studios – who also worked on Futurama. The official synopsis of Disenchantment is described as:

In Disenchantment, viewers will be whisked away to the crumbling medieval kingdom of Dreamland, where they will follow the misadventures of hard-drinking young princess Bean, her feisty elf companion Elfo, and her personal demon Luci. Along the way, the oddball trio will encounter ogres, sprites, harpies, imps, trolls, walruses, and lots of human fools.

10 episodes will be released on August 17th, and 10 more will come later on. Netflix initially ordered 20 episodes, but it is not yet known when the remainder of the season will be released.