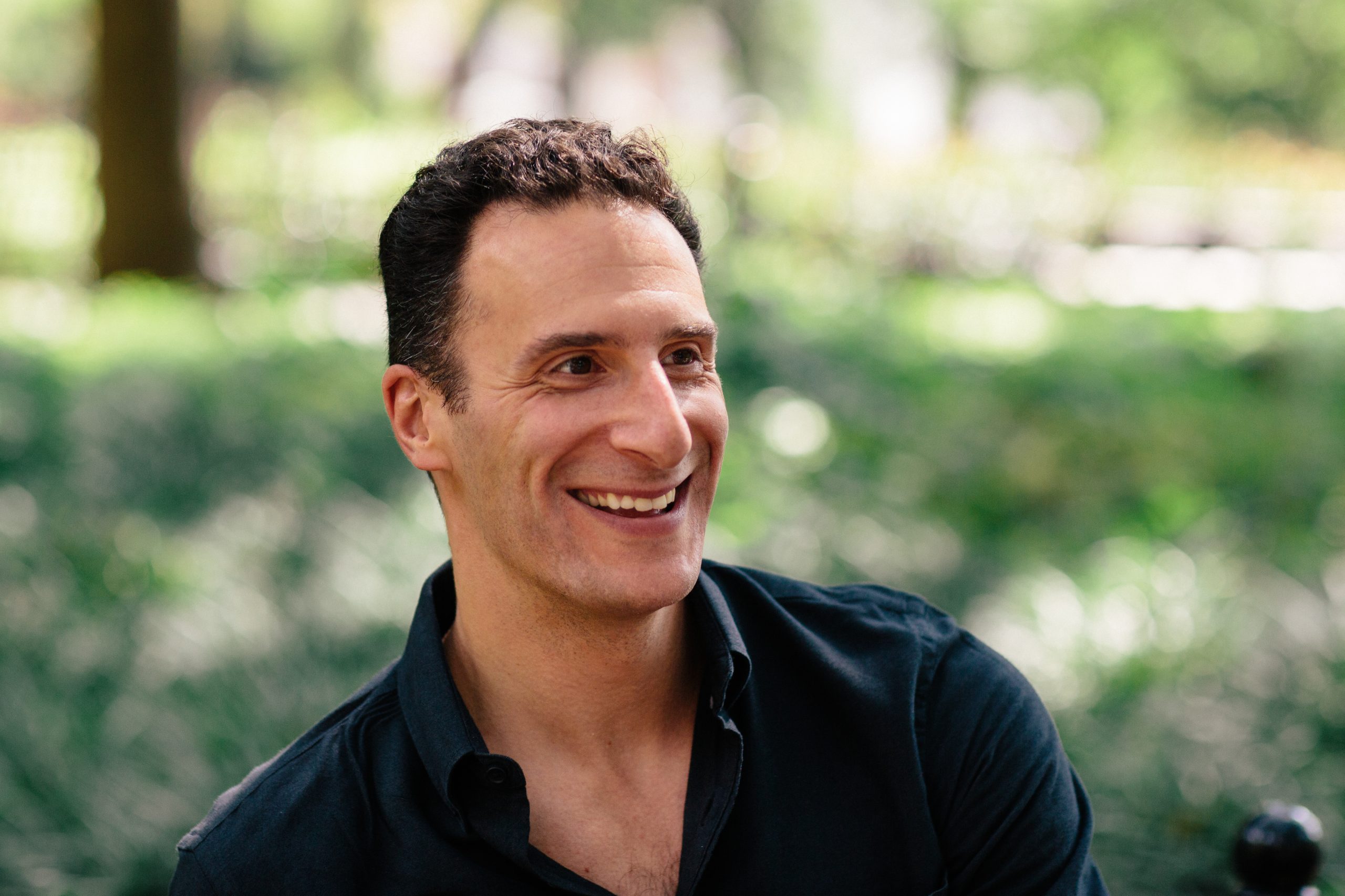 We chatted with the creator and director of the upcoming audible audio basketball drama “10 Days,” Aaron Tracy. NBA coach and former basketball player Steve Nash serves as executive producer. Aaron tells us all about the new series, his experiences as a writer and director, the podcast landscape, and tons more. Check out our chat below!

What can you tell us about 10 Days?

Aaron Tracy (AT): I’m incredibly excited for people to listen to 10 Days, which they can find on Audible, free to all subscribers:  https://adbl.co/10days. The show tells the story of a basketball player who gets a one-week tryout in the NBA.  But you don’t have to love basketball to love the show. At its core, it’s an underdog story about someone who gets a very brief window to change his life for the better. Our lead actor told me it reminded him of coming up in Hollywood. I think lots of people will recognize themselves in our hero.

Tonally, the show is a throwback to my favorite underdog sports movies, with an ending that’s hopefully very satisfying while also surprising. And the performances are amazing. Listeners will recognize Lamorne Morris, Erinn Westbrook, and Jessica Hecht from TV shows like New Girl, Riverdale, and Friends. And they’ll recognize Glen Powell, from Set It Up, Everybody Wants Some!!, or the new Top Gun. In audio, it’s easy for an actor phone it in. There’s obviously no make-up or costumes, and occasionally the actor records at home, so I think there’s a tendency to give lackluster performances. On 10 Days, every single actor brought their A-game. It’s genuinely worth listening to the show for the performances alone. They’re all just so incredibly talented.

When did you did decide that storytelling was something you wanted to do?

AT: My favorite movies growing up were courtroom dramas, like A Few Good Men, The Verdict, From the Hip, and Witness for the Prosecution. So I always thought I wanted to be a lawyer. And then at an embarrassingly late age, I sort of realized that that’s not at all what lawyers do. Like, at all.  Ever. It probably wasn’t until the end of college that I fully realized what I actually wanted was to write those kinds of characters and stories. It’s not a coincidence that most of the shows I’ve worked on have some sort of legal term in the title: Law & Order, Fairly Legal, Sequestered.

If there was an ideal project for Aaron Tracy, what would it be?

AT: Basically, anything that smells like what Mike Nichols would’ve wanted to direct, which means a film, I guess. My focus has always been on TV, and I’ve come to love audio dramas too, but I grew up obsessed with movies.  Unfortunately, the feature business has just changed so much since then. I have loads of friends who make their living writing TV, but I don’t think I have a single friend in movies. It’s just a maddening business, with fewer and fewer movies getting made every year, and virtually no original ideas getting greenlit. But I’d still like to find time to try to push that boulder up a hill at some point, even if it leads to nothing. And if I do, I’d love for it to either be a romantic comedy, or a contained thriller.

I’m a big rom-com fan, and the millionth person to point out that they don’t make ’em like they used to. There are definitely a few exceptions and standouts over the past decade. My favorites probably being Obvious Child, What If, The Lobster, and Set It Up. But I’m also a sucker for a smart thriller. I love ones that take place in a contained space and time. A fun writing challenge. Like a chess game, figuring out how to move around the pieces to maximize tension. To me, the best of that genre are films like 12 Angry Men, Panic Room, or The Guilty. Small scale, really tense, really intimate stories. I’m working on a couple projects right now that are meant for TV or audio, but if things fall the right/wrong way, could end up being pitched as small features in one of those two veins.

What have you noticed about the podcast/audio entertainment landscape over the last few years?

AT: Scripted audio fiction was barely in existence a few years ago.  It still hasn’t had its one breakout hit yet. But it feels like we’re on the cusp.  Big movie stars like Oscar Isaac, Rami Malek, and Tessa Thompson are acting in them, and I’ve had a bunch of friends who primarily write TV tell me they’re eager to get into the medium. They’re just incredibly fun to write and produce, great proving grounds for adaptations to tv/film, and intensely satisfying creatively. A rare corner of Hollywood that actually wants and rewards original ideas.

What was it like working on Law & Order: SVU?

AT: I didn’t work on the show all that long, but I absolutely loved it. I’m a sucker for anything shot in New York. And Law & Order is the ultimate New York series. Even now, whenever I bike past those amazing steps at 60 Centre Street, which I do all the time, I think about the scenes we shot there. And how my favorite moments from The Godfather and Turk 182, or the final shots of both Wall Street and 12 Angry Men were filmed on the exact same spot. It feels like a real link to movie history. And if this answer gets anyone to consider watching Turk 182… then my job is done.

When people check out 10 Days, what are you hoping they get out of it?

AT: I’m hoping listeners feel like they’re getting a story made specifically for audio, rather than a TV show with a busted screen. Along with our great production entity, Treefort Media, we attempted to create a realistic, compelling soundscape that highlights the intimacy of the medium. I obviously love TV and film, but when you’re sitting on the couch, watching something on a flat screen, there’s literally a distance between you and the story. You’re a passive participant. With 10 Days, as with other audio dramas, there’s a greater intimacy because the story is unfolding for you alone, directly into your ears, and accompanies you wherever you are. It’s an underdog story, it’s a love story, and it’s a basketball story.  I’d be thrilled for people to give it a shot.