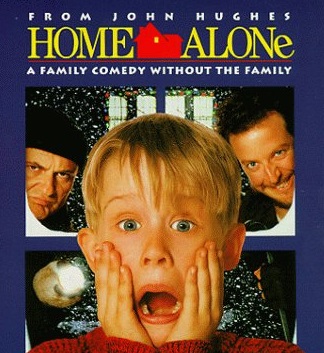 It’s not truly the holidays unless you’ve watched Home Alone and Home Alone 2: Lost in New York at least five or six times and recite your favorite quotes. We found some pretty hilarious Tweets that will make you want to re-watch them for the 120th time.

WHO produced #HomeAlone!? I NEED to know why they McAllister’s had a doggie door in the kitch when they only had tarantula

I miss the good ol’ days when old VHS tapes of black and white movies offered audio so realistic that when the volume was turned up a person outside your house would believe it was an actual person talking to them.#HomeAlone pic.twitter.com/8fOETCj9w5

Me to my sense of motivation and self worth pic.twitter.com/7FMCq8je5O

It pleases me greatly that Fuller sees the light and converts from Pepsi to Coke between Home Alone and Home Alone 2. pic.twitter.com/fu4Z69d9dk